Switzerland on the way to innovative underground freight transport
04.08.2022

By 2031, a brand new and innovative means of transport can appear in Switzerland. It will be fully dedicated to moving freight via the special underground lines. The country’s government has made a first step to implementing this solution: it created a legal basis for the new transport since it will be privately financed. 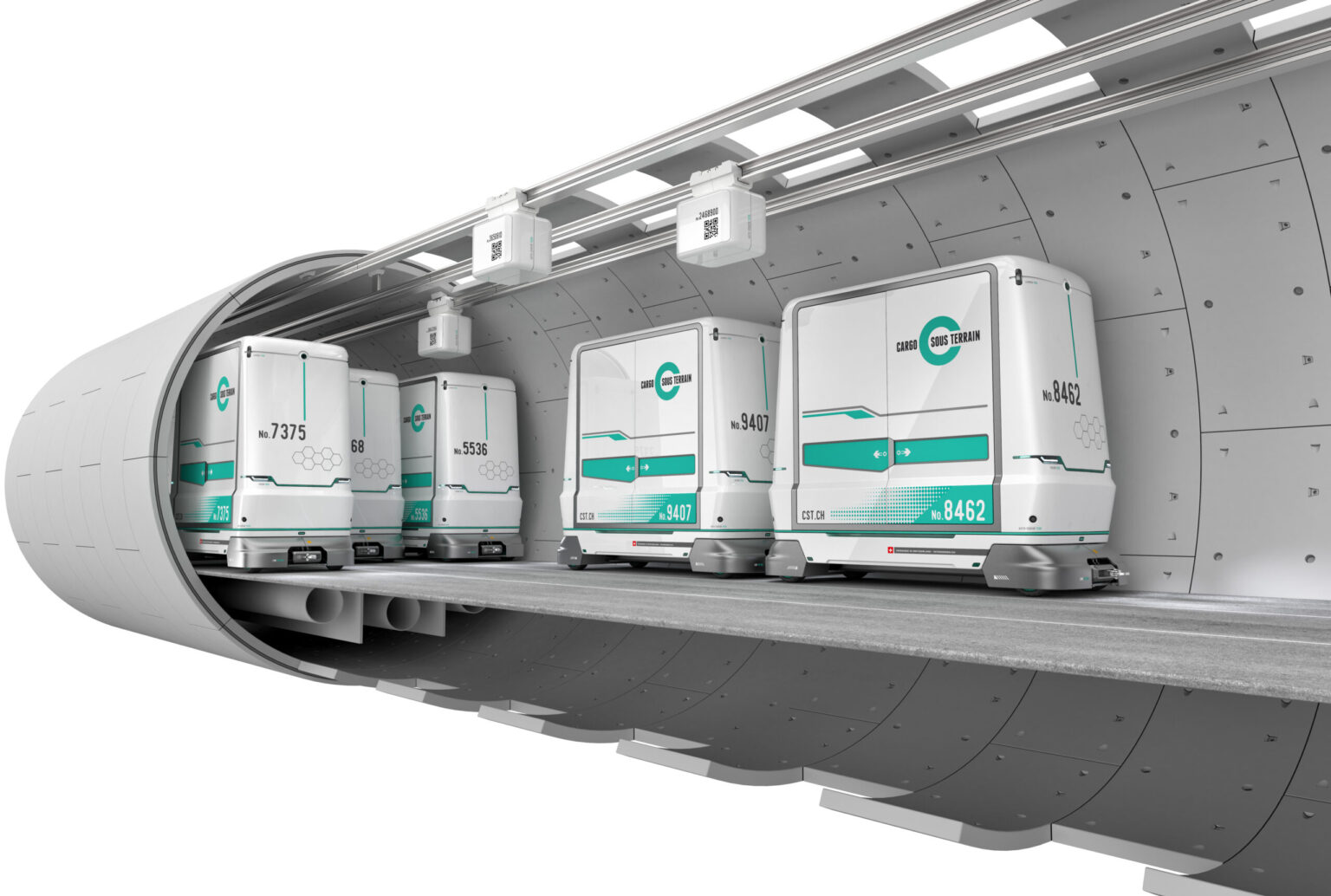 On Monday, 1 August 2022, the Swiss federal law on underground freight transport came into force. This important document, which was adopted by the Federal Council of Switzerland on 22 June, is necessary for constructing an underground freight transport system called Cargo sous terrain (CST). It took more than three years to settle all the legislative issues.
“This is necessary because the underground freight transport system will be included in the sectoral transport plan as an independent area. In this way, the spatial planning interests between the CST operator and the cantons and the federal government can be coordinated. The environmental impact assessment is carried out as part of the planning approval process,” Switzerland’s Federal Office of Transport noted.

The Cargo sous terrain system will combine the feature of metro and conveyor systems. It will be based on driverless vehicles that run in the dedicated underground lines and automatically deliver goods in special containers. “The vehicles, which travel on wheels and have an electric drive with induction rails, operate in three-track tunnels with a constant speed of around 30 kilometres per hour. The goods are transported on pallets or in modified containers,” explained Cargo sous terrain AG, the Basel-based company that develops and promotes the solution. All the operations in the CST system will be controlled with the help of digital technologies.

The innovative freight transport system will consist of a network of underground tunnels and hubs or stations where goods will be lifted to the existing logistics centres or intermodal terminals on the ground. Its first underground route will be put into operation in 2031 to connect Zürich and Härkingen-Niederbipp, a Swiss municipality 70 kilometres west of the country’s largest city. Afterwards, by 2045, the Cargo sous terrain will include several routes from Geneva on the west to St. Gallen on the east. The underground network will be fully powered by renewable energy sources; its total length will be 500 kilometres. As Cargo sous terrain AG estimates, the construction of the innovative network will cost 3 billion Swiss Francs.